Maybe you’re aware of the long-standing controversy over what is a fedora and what isn’t, and what’s wrong or not wrong with the people that wear them. Or maybe you have better & more productive things to do with your time, like watching paint dry. Since I don’t have any fresh paint to inspect at the moment I guess we’ll dive into the whole hat thing.

Guys wearing hats that they can’t really pull off is where this starts, sometime in the late 2000s. “Fedora shaming” is an online meme involving the unfortunate ridicule of guys who are wearing fedoras that they probably shouldn’t.

Maybe you’ve even seen this meme: 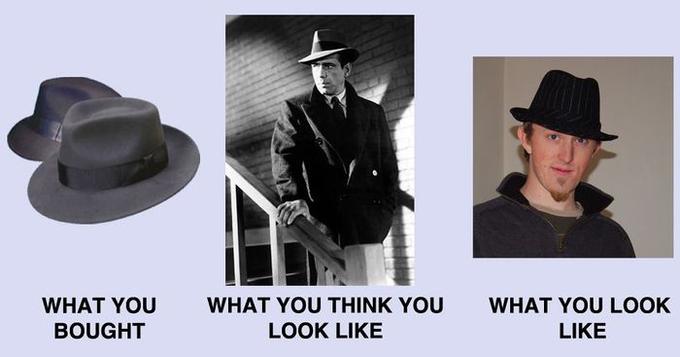 Personally I don’t think the guy on the right looks all that bad, and we all need to face the fact that we aren’t as cool as Humphrey Bogart. It’s a question of self-awareness. Can you pull off that hat? How unusual is that hat? Humphrey Bogart could probably still look cool wearing 10-gallon novelty foam hat, and a classic fedora in the picture above was not unusual at all in the 1940s, so no question he can pull it off and some random guy on the internet maybe can’t. Anyone can go too far though.. I’m looking at you, Pharrell.

But it doesn’t end with unfortunate hat choices. Maybe you looked at the first picture above and said, “Hey, that’s a trilby!”. If so, congratulations on your haberdashical intelligence quotient. In any case, technically that is true — that hat looks more like a typical trilby than a typical fedora if you went and looked them up.  “Trilby vs. Fedora” then turned into another meme, where people who are smarter than people who are wrong on the internet point out things like the following:

Halt the Hat Hate! (from goodmenproject.com)

Again, this is technically probably true. In fact the article that picture above is from is well-done and has some sensible advice on what kind of hats you should try:
-a cheap hat out of cheap fabric isn’t going to look good on anyone
-the wider your shoulders are the wider a hat brim you may want to consider.

But that’s not where things get interesting. Where it gets interesting is with items that we have on Minty Duds like this: 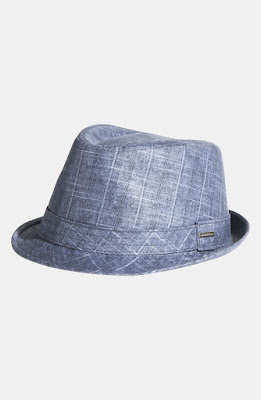 Hat #1 is a nice quality hat from Steston via Nordstrom. Stetson themselves call it a “Stetson ‘Duckbill’ Fedora”. So the brand calls it a fedora! The internet just told me it was a trilby, what’s going on here? Stetson isn’t the only brand to do so, a search for “fedora” on Minty Duds shows plenty of hats that match the trilby picture above.

To confuse matters there are some hats called “trilby” that sure look like the fedora in the comparison above: 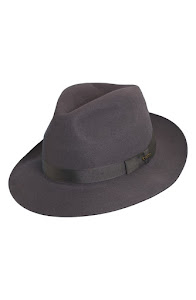 What does this all mean?? What is this madness??

First, let’s accept that the Stetson company, having been making hats since 1865 and being virtually synonymous with a certain style of cowboy hat, knows a lot more about hats than you or I. Same goes for Christys’ Hats; they’ve been around even longer, established in 1773. So when they give a name to a hat they make, they know what they are doing. So why are they “wrong”?

What are they doing? Well, they are selling us hats. “Selling” being the operative word here. So while they will certainly know the history of a particular hat pattern and the “proper” categorization of a hat, they name it like we’d search for it. So if people think hat #1 above is a “fedora” and that’s what someone coming into a store would ask for or what you’d enter into Google, that’s what they are more likely to call it!

Speaking of Google, here’s the popularity of the two keywords, “trilby” vs. “fedora”:

So obviously a lot more people use the term “fedora” than “trilby”, making it a much more attractive word to use for marketing purposes if possible.

Google’s usage doesn’t have anything to say about whether they are using the term to signify the wide-brimmed or more narrow-brimmed varieties, but if you were trying to sell a hat, wouldn’t you want to describe it in a way that more people were using?

So why would Christys’ be calling hat #2 a trilby then? Well, just compare the relative popularity of the two words in the US vs. UK:

This isn’t some kind of nefarious corporate scheme to get us to call hats the wrong names; you can’t just market a particular type of hat as something it isn’t (well, maybe on eBay). If Stetson starts marketing hat #1 as a “bowler” during the upcoming great bowler frenzy of ’15 we would all just think something was wrong with them and probably not buy the hat. It has to be a word that can signify the hat you think you are looking for.

This usage then creates a feedback loop and can really change the words we use. If you searched for “fedora” and bought hat #1, your usage of the word “fedora” just got reinforced. If this happens enough eventually #1 unquestionably becomes a “fedora”. This isn’t good or bad per se, the names we call things change all the time.

Right now though it is a word in flux and could easily go either way. Which leads us back to a marketing question — if it could be called either thing why aren’t hat marketers calling it a “trilby fedora”? Well, in conclusion may we present hat #3 made by the brand Country Gentleman (established 1921): 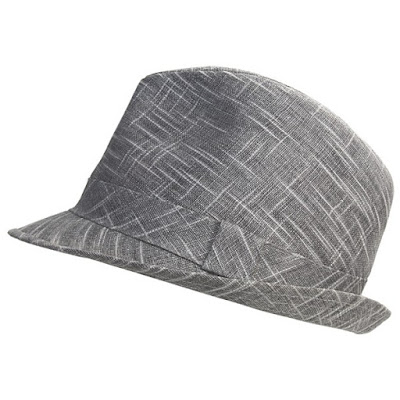 You’ve read this far, and maybe it’s been interesting, but what you really want to know is, “so… is it a trilby or is it a fedora???”. Our answer is that we’d probably call it a trilby but search for both terms, though that’s not the point here! Our point is to tell a small story of how terminology can change and how marketers and consumers in concert drive that change, especially in the internet age of search keywords and memes.

View all posts by Minty Duds →

11 Responses to When a Fedora That Isn’t a Fedora Is a Fedora.